Sometimes one word can make a big difference. 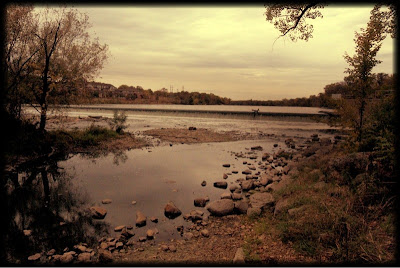 “When a corrupting spirit is expelled from someone, it drifts along through the desert looking for an oasis, some unsuspecting soul it can bedevil. When it doesn’t find anyone, it says, ‘I’ll go back to my old haunt.’ On return, it finds the person swept and dusted, but vacant. It then runs out and rounds up seven other spirits dirtier than itself and they all move in, whooping it up. That person ends up far worse than if he’d never gotten cleaned up in the first place.”Luke 11:24-26


I never quite understood this little vignette told by Jesus after he had been challenged by religious leaders and other big shots for casting out devils. They claimed he was doing this by the power of the Devil. Jesus clears that up by giving the lesson of the house divided against itself cannot stand. But then he goes on to speak the words quoted above.
This translation from The Message adds some key words that helps me understand this rather than just putting it off on a shelf because it didn't make any sense. What was the meaning of a devil--having been cast out--then roaming in the dessert and finally returning to the same person--house--and finding it all set in order. That devil then moves in with other evil spirits. This translation adds the notion that while the house had been set in order, it was vacant. The spirit of God had not been invited in to fill up the house or the person and thus it was possible for the evil one to resume residency.
It is not enough that I cast out my demons if I do not somehow replace them with the spirit of life and love offered to me every second of my life by the divine and holy one. Jesus makes clear that not doing evil is not enough to change my life. I need to say yes to God's offer and to live my life into and out of that reality. When I do that, there is no room for evil in my life.

- Posted using BlogPress from my iPad