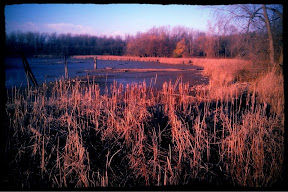 At that moment there was a gigantic earthquake—a tenth of the city fell to ruin, seven thousand perished in the earthquake, the rest frightened to the core of their being, frightened into giving honor to the God-of-Heaven. Revelation 11:12-13.

Contrast this with the parable of the prodigal son in which the father receives back the wayward son with love and rejoicing. In that rejoicing, he disappoints his older son who clearly feels that the father should withhold his acceptance and affection from the sinner.
It is easy to see how the concept of God described in that passage from Revelation would gain such traction with people. It seems so much in accord with our human instincts for rectitude and judgment. Yet, we at the same time realize that compliance based on fear of destruction is really manipulation and coercion. The God that Jesus described and the person that Jesus was both bespeak a God who profoundly respected the freedom of each individual and desired a life based on a free living from the spirit within to the life without.
Today is the memorial of St. Andrew Kim and the other Korean martyrs. One can hardly imagine that they were martyred for such a God of vengeance and violent punishment. It seems more likely that they were martyred for the God of the prodigal son parable. Shouldn't our lives reflect that reality as well?
- Posted using BlogPress from my iPad