Which is easier to say? 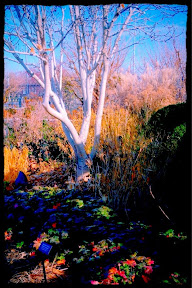 "What are you thinking in your hearts?
Which is easier, to say, 'Your sins are forgiven,'
or to say, 'Rise and walk?'
But that you may know
that the Son of Man has authority on earth to forgive sins?"
he said to the one who was paralyzed,
"I say to you, rise, pick up your stretcher, and go home." Luke 5

This the familiar story of the paralyzed man whose friends lowered him through the roof of house so that he might present his need directly to Jesus. His first response is to forgive the man his sins which scandalizes the Scribes and Pharisees to whom he was speaking. He then asks that question and cures the man of his paralysis.

It was commonly thought at the time that there was a relationship between spiritual purity--lack of sins and obedience to the purity laws--and physical health. If one became ill especially with any chronic disease, people thought that the cause was personal sinfulness or impurity. From this passage at least, Jesus apparently thought so as well. The resulting emphasis on personal sin as the focus of a spiritual life has been a consistent part of the Christian tradition.

Paul saw things differently and emphasized not sin but fullness of life and faith. Our lack of sins did not save us but rather faith in Jesus the Christ and the resulting life behaviors that flowed from that faith. Faith, not rectitude with regard to laws, saves us.
- Posted using BlogPress from my iPad